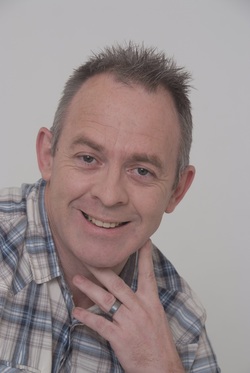 Got first keyboard aged 8 1978. Father had money saved for to change his car, but he bought keyboard at a price of 1000 pound a big house organ. Bought in Jimmy Halferty’s music shop Kilrea. Jimmy went on to be my first music teacher, mentor and my best friend right up until he passed away.

Went on to study music and do Trinity school of music exams.

Had a family group at first then put together a 5 piece band and had some wonderful times. Down sized to a 2 and 3 piece due to lack of demand for big band at that time. Lot of cash needed then for a band on the road,

Came off the road due to my band partner and fiddle player taking ill, didn't want to carry on without him until he recovered but unfortunately his playing days on stage came to an end so i decided to go it alone.

Getting back on the scene was proving hard as i off the scene for a few years and things had changed so decided to record.

My parents put up the financial backing for which i am very grateful. After meeting Joe McNamee from Ashford Studios we sat down to pick the songs. Joe as my producer steered me along the way. During this process i learned that my father was ill with cancer which was a blow. So with this in mind and that a cd is recorded for ever i started looking for a song that i could relate to my father and i found Isla Grants song within my fathers arms and i knew that was the song to remind me off my father.

Picking songs for next album with an original song for my mother along with some other original material.


Thank you all for your Continued Support..